The final model is 20 cm high.

Folded for the MFPP 2014 competition. My first attempt at designing a box-pleated model. The nice layers in the apron and sleeves came as a surprise as I experimented. The decorations of the bust too.
The headdress took several days to refine, especially the knot in the middle, for which I had to extend the paper from the sides.

The traditional Alsatian costume (France) is composed of a long dress, with an apron, and an impressive headdress. Details vary according to the era, religion and regional tastes. This model represents a young protestant Alsatian girl of the 19th century, recognizable by the length of the headdress and the slightly shorter skirt. 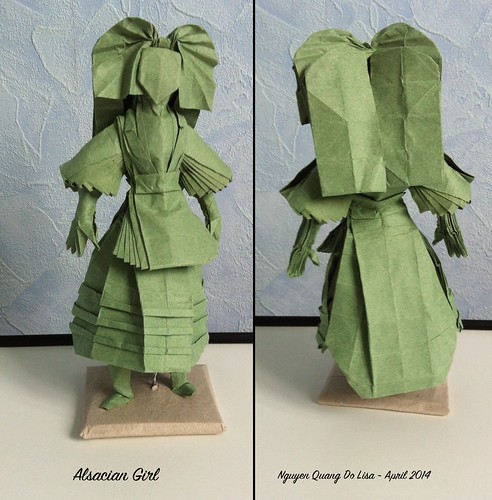