Folded for the JOAS 2014 competition, celebrating the year of the snake (2013). I wanted to experiment on the snake scales, without using the snake-scales pattern. The paper starts from the head, then turns 90° to shape a wing, then the other, and finally turns back of 90° to form the tail.

Quetzalcoatl is an Aztec deity. As a human, he is a wise and benevolent king, who invented the foundations of the Aztec culture. His animal form was the feathered serpent, a chimera between a snake’s body and the feathers of the quetzal bird. 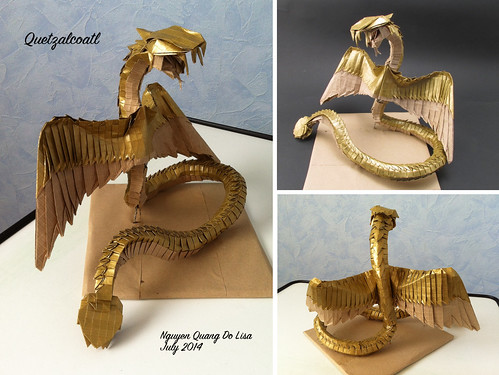