This is a variation of A Mermaid’s Meal. I expanded the center part to form water, and added width to the paper to form a frog and a crown in the mermaid’s hands.

This model has been created for Origami Deutschland’s 2016 competition on the theme Fairy Tales. It is part of the larger scene 13 Tales.

The water patterns are influenced by Melina Hermsen’s amazing work! 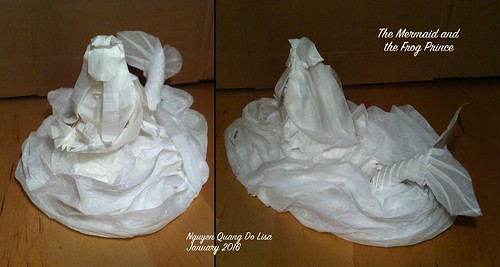