The beanstalk from Jack and the beanstalk (after having been cut down). The stalk is made of crumpled paper, hardened with water. I got the idea when making the mushroom, and applied the same technique to get the beanstalk.

The model is made of three different sheets, but could have been made by using a very long one. There would not be a clean cut for the main part of the stalk though. Also, getting the width right is quite challenging, as wetting the paper makes it much thinner!

Folded for Origami Deutschland’s 2016 competition on the theme Fairy Tales. It is part of the larger scene 13 Tales. 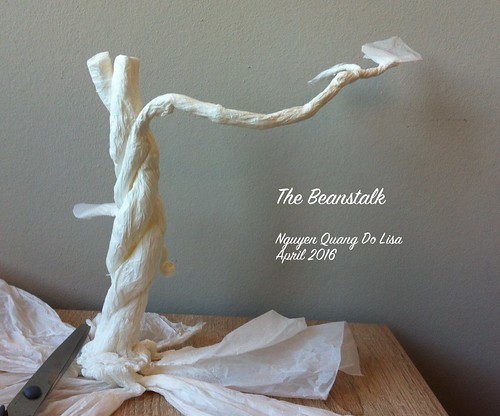